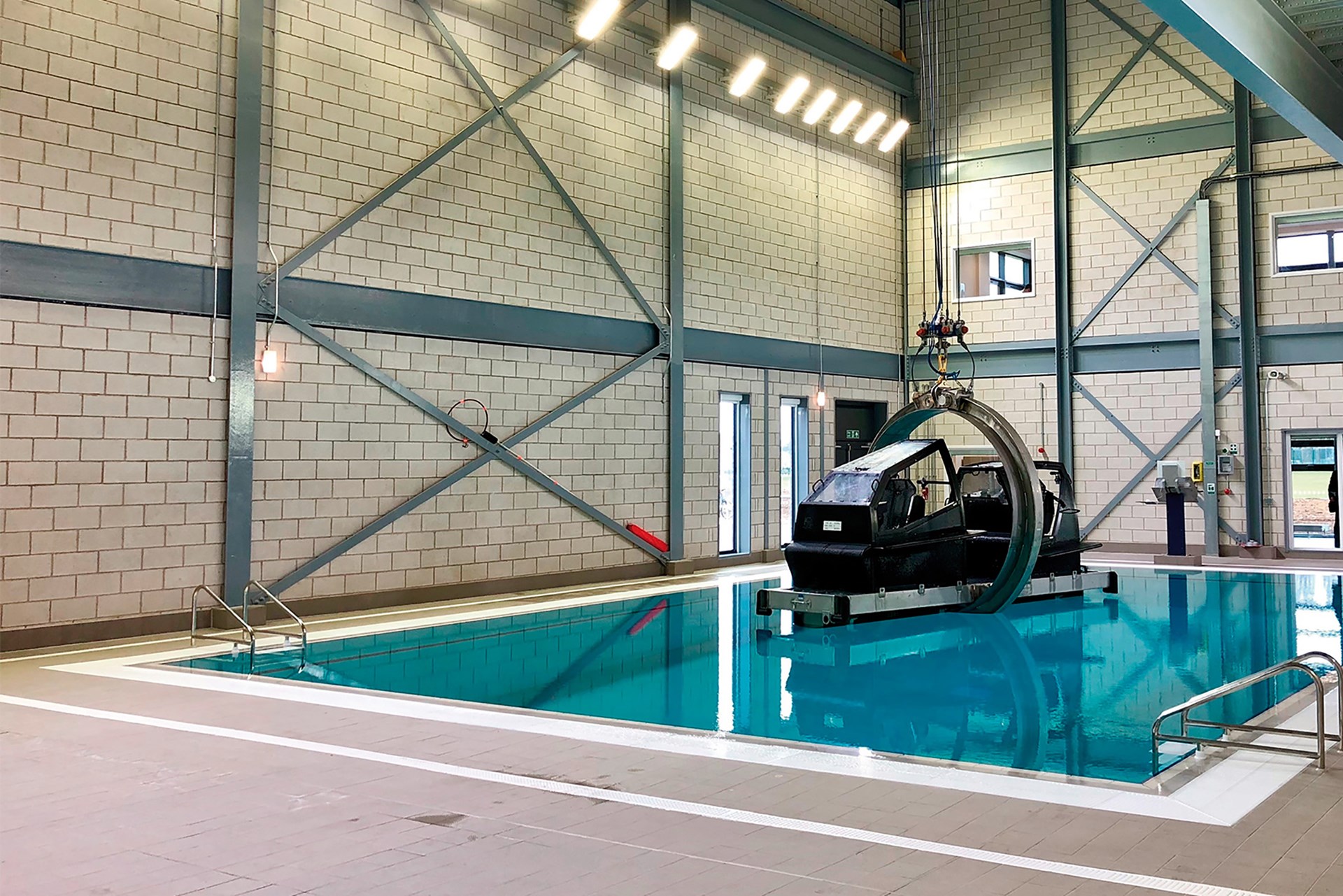 Scott Brownrigg attended the official opening of the Royal Navy Centre of Maritime SERE (Survive Evade Resist Escape) and Underwater Escape Training (RNCMSUET) held 26 February. The unique facility designed by Scott Brownrigg is the first of its kind in the UK.

"This has been a journey and triumph of The Fleet Air Arm’s hard work that something as splendid as this has been developed and built" comments Rear Admiral Keith Blount.

Scott Brownrigg was appointed to design the concept of the world-class building, and has been instrumental in all aspects of designing the training facilities flow of uses. These included training; equipment, staff, visitors and the health and safety of every aspect of what is an extremely hazardous simulated set of environments.

The facility is unique being the only Underwater Escape Training facility in the world to deliver the whole training programme in a single day. Trainees initially experience being restrained underwater in a warm calm environment named the STASS (Short Term Air Supply System) Pool. They then graduate to the Dunker Pool, where groups are contained in helicopter and amphibious vehicle modules and dunked in cold water under various conditions including rotating upside down and at night. Lastly they move to the Sea Survival Pool where they are required to successfully complete the life raft exercises and helicopter hoist rescue.

The Sea Survival Pool simulates real weather conditions including wind, rain, lightning, darkness and differing wave modulations. 8000 military personnel are expected to be trained in the building each year when it reaches full capacity.

The architecture of the building was designed to be simple, utilitarian, robust and sophisticated. The building is part single storey over the 3 pool rooms and double storey for all other staff, student training and storage facilities. The elevations were designed to deliver a combination of facing brickwork, rendered blockwork; louver profiled metal cladding and active louver panels. These were designed to break up by the introduction of doors, opening windows with louver shading and roller shutters.