Scott Brownrigg’s design for the new Hard Rock Hotel in London has been unveiled ahead of the hotel’s opening in spring 2019. 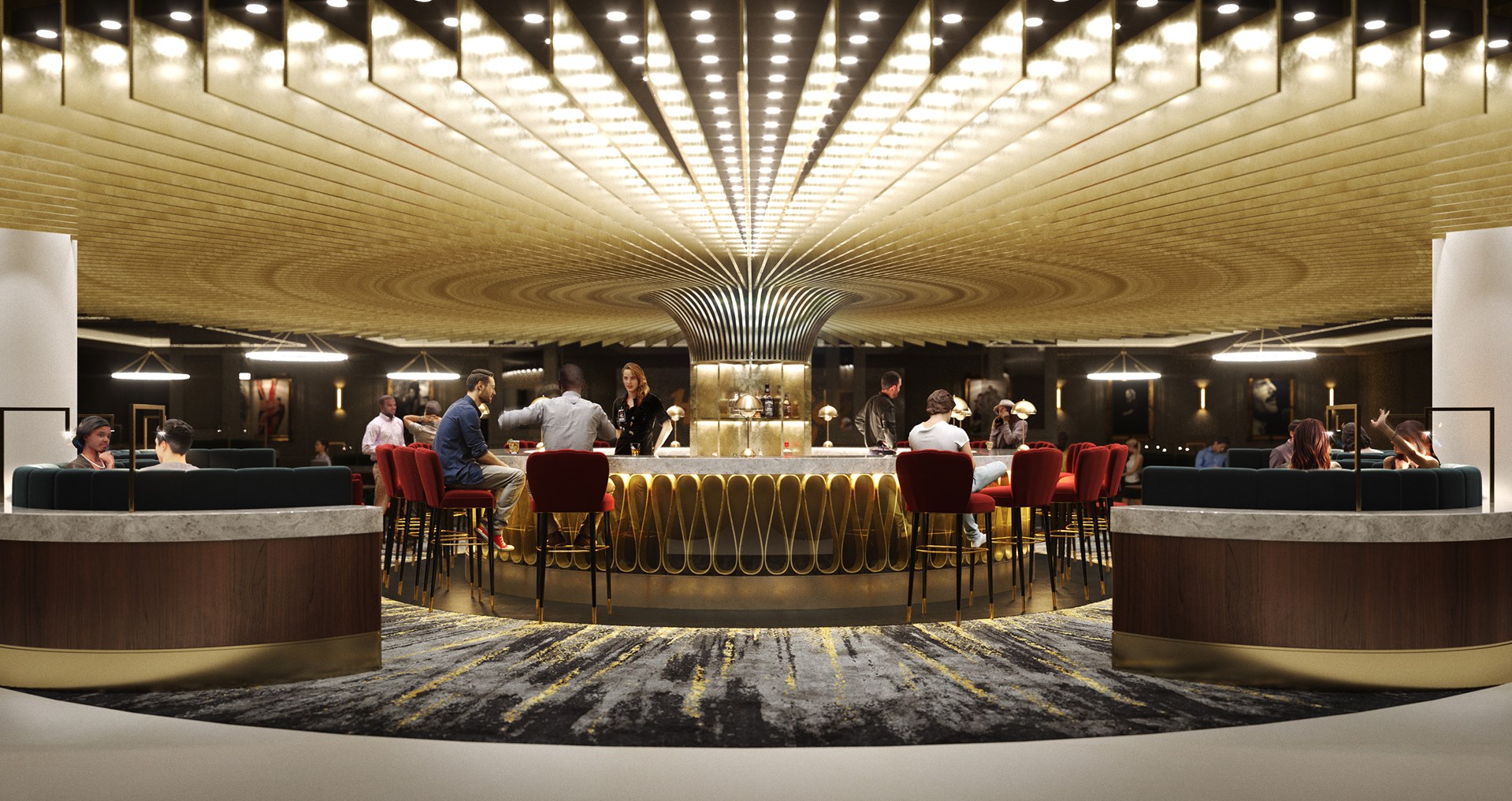 Scott Brownrigg’s design for the new Hard Rock Hotel in London has been unveiled ahead of the hotel’s opening in spring 2019.

Located in one of London’s most iconic locations - on the corner of Oxford Street and Park Lane, the design for hotel owner-operator glh creates a haven for music lovers and cultural explorers alike. A popular haunt for music legends throughout the 50s, 60s and 70s including Stevie Wonder, Nina Simone, Bob Dylan, Buddy Holly and guitar hero Jimi Hendrix, the hotel will bring out the inner rock star in every guest.

The redevelopment will see two new vibrant bars and a Hard Rock Cafe® added to the 1,000 bed hotel. Scott Brownrigg’s concept for the interior design has been inspired from the heritage of the existing building, built in the mid 1700’s. Reimagined in a contemporary way, the design draws inspiration from the iconic music and fashion fundamental to the Hard Rock brand. The Ground Floor comprises a Lobby, Rock Shop®, Rock Royalty Lounge, Lobby Bar, Cocktail Bar and the Hard Rock Cafe®, which includes a stage for musical performances. The space boasts several feature installations such as the central Lobby Bar.

The 42-seat Lobby Bar takes its inspiration from the original art-deco style ceiling of the Lyons Corner House, which originally stood on the site in the early 1900's. As well as celebrating the site’s unrivalled heritage, the bar will embody Hard Rock’s musical roots, with an abstract installation designed to reflect a master disc and record player. Memorabilia will suspend in the bar from the walls through guitar strings to replicate a ‘larger than life’ fret board.

Kate Jarrett, Interior Designer at Scott Brownrigg responsible for the scheme and its delivery said:

‘It has been a great experience working with two established brands, glh hotels and Hard Rock International. We have enjoyed collaborating with them to create a unique and sophisticated offer for the London market. Combining the history of the central London location with the iconic musical heritage of the Hard Rock brand. We look forward to the hotel opening in early spring, 2019’.

The hotel’s curated collection of historical pieces will showcase the very best of British, American and international music. These will be displayed throughout the hotel; from the luxurious Rock Star Suites and vibrant Rock Royalty Lounge to the hotel’s vast welcoming lobby.

Oliver Kahf, General Manager of Hard Rock Hotel London, said: “Hard Rock is a world-class institution where contemporary style and comfort meets rock star service. This building has stood at the intersection of British music and fashion since the 1930s and when we open in spring 2019, it’s sure to become a go-to London hotspot once again.”

The scheme has also been featured in the Evening Standard and The Caterer.