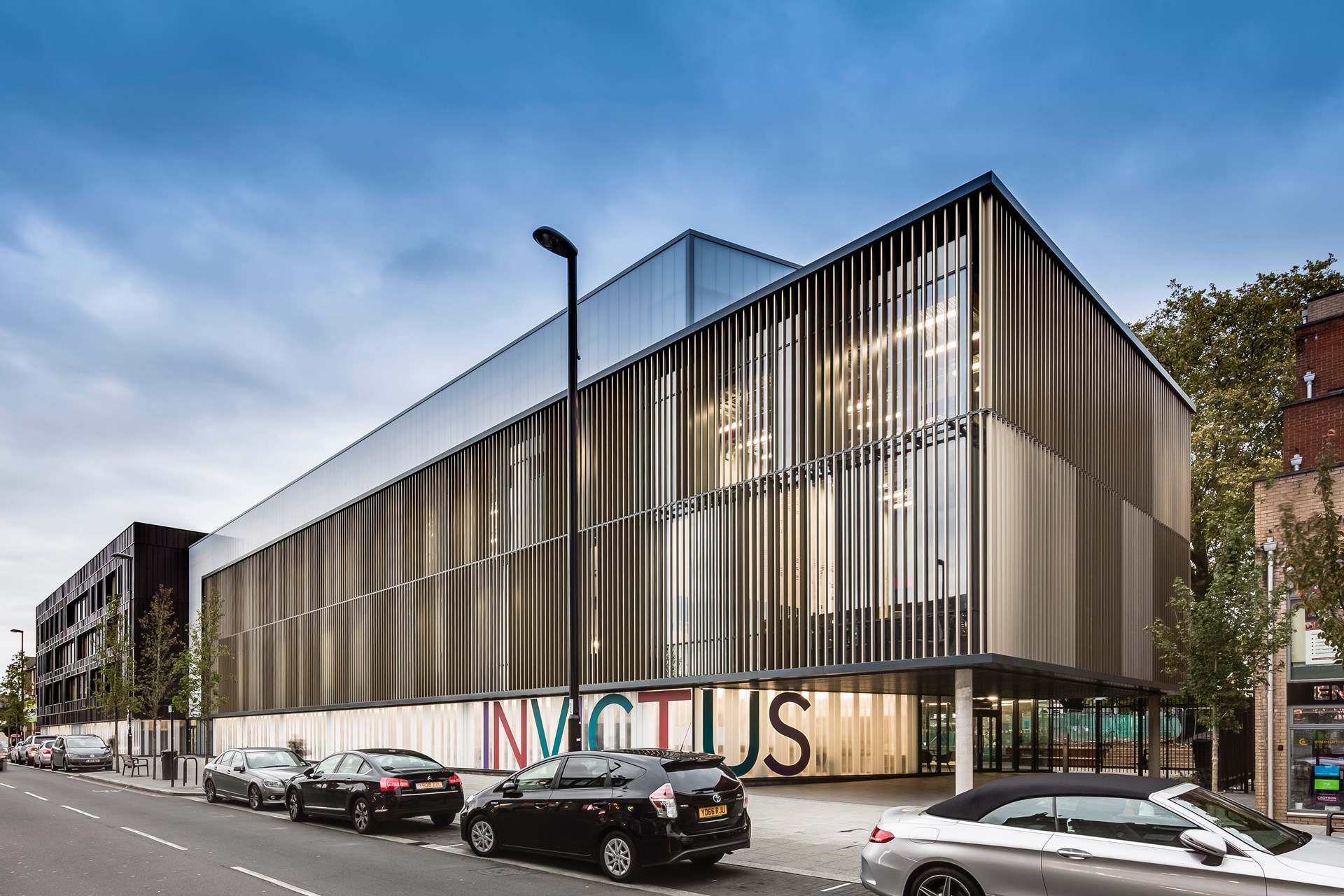 Planning permission has been granted for the new free school at The Harris Invictus Academy in Croydon, Surrey. Designed by international design practice Scott Brownrigg, the planning application was unanimously granted approval by the London Borough of Croydon Planning Committee. The scheme was described as ‘an excellent design with real civic presence’.

The new Harris Invictus Academy free school will be a mixed secondary school and Sixth Form which provides education for students aged 11-18 years. It will have an intake of 180 pupils at year 7 rising to 1150 at capacity. Scott Brownrigg was appointed to provide architectural and planning services for the project.

The planning approval allows for the construction of a new £20m 8,820 sq m school located on the former Croydon General Hospital site. The new free school will address the shortage of school places in London and is a partnership between Invictus; a grass roots community organisation and the Harris Federation; an education charity that operates schools in and around London. In their research on demand for the school, Invictus found that local people wanted a free school that prepared students for the fast developing world of business and also offered high quality sporting opportunities.

The design concept reflects these ambitions and ensures that an environment of high aspirations and self-belief will be created for students and visitors alike. The new building will include classrooms, a sports hall, main hall, activity studio, dining area, library, music room, reception area as well as other teaching and office space and store rooms. The concept will also deliver several high-quality facilities in addition to the main building including multi use games areas, sports pitches and an external play space to the rear of the site.

The building has been conceived as three distinct blocks articulated through materiality and pellucidity. This fragmentation of the mass helps to visually break down the form and ensures the design responds effectively to the local context. The fragmented brise soleil has been designed to temper the internal environment whilst allowing carefully managed glimpses into the school as members of the public approach the building.

Internally, the central spine of the building is formed in concrete and left exposed to provide a robust finish. The linear plan is broken up through a series of break-out spaces. Colour is used to identify these and will provide a visual break along the circulation spaces.

Michael Olliff Project Director responsible for the design said:
“We are delighted that our design for The Harris Invictus Academy free school has received planning permission. Scott Brownrigg’s design will create a modern, inspirational learning environment that reflects the ethos of the school, within which students can work, network and celebrate success.

Construction will start onsite in January 2016, with the building due to complete in August 2017. 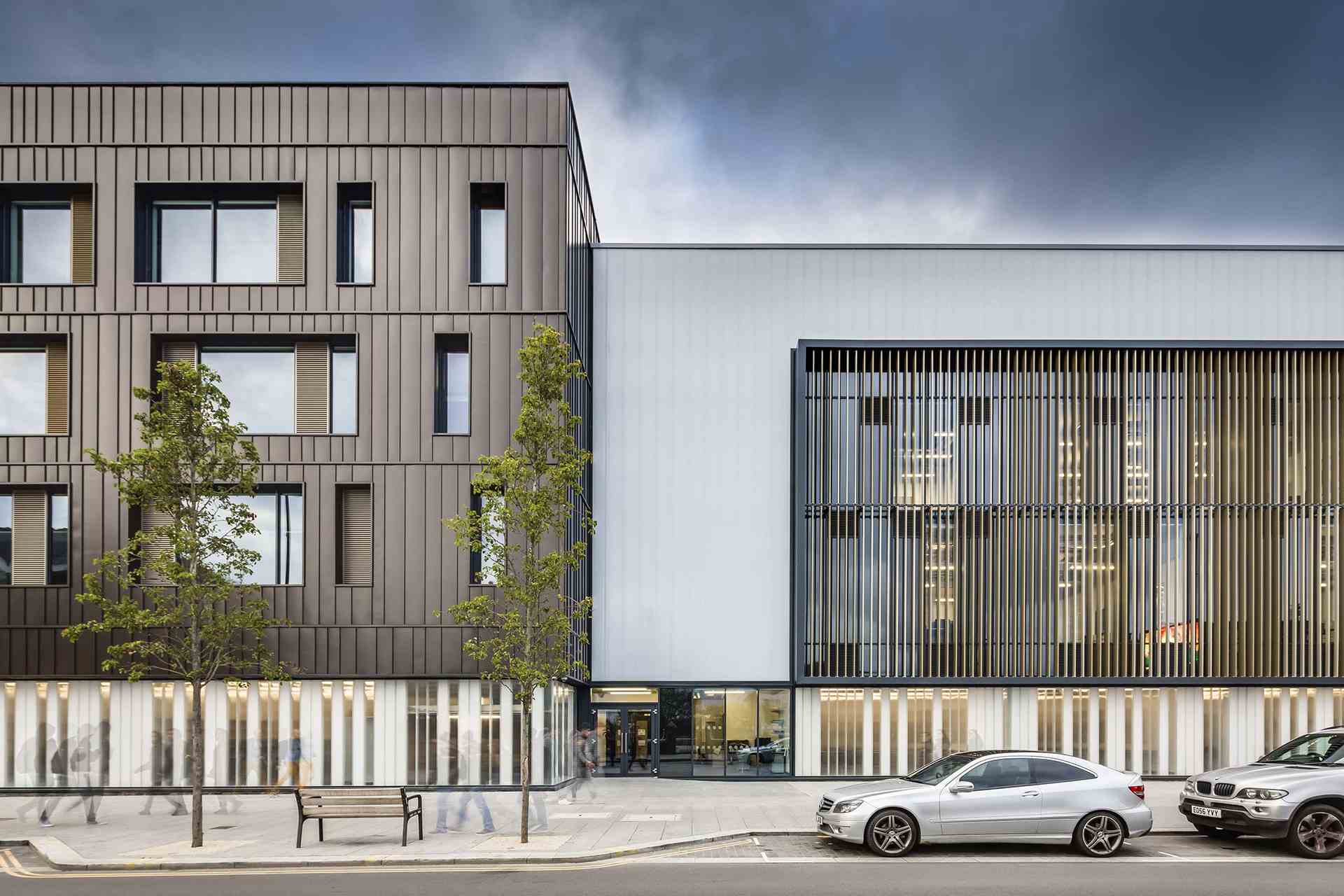